Asbestos Removal Training - All you need to know

Asbestos is known for its insulating and fire-retardant properties. It’s no surprise that it was once a popular roofing material.

Friable asbestos products have been commonly used in commercial and industrial settings since the late 1800s for fireproofing, soundproofing and insulation. Some friable products were also used in houses and may still be found in houses built before 1990.

Many houses built before 1990 therefore contain asbestos cement materials, especially in the eaves, internal and external wall cladding, ceilings (particularly in wet areas such as bathrooms and laundries) and fences

If your house was built:

Unfortunately, we later found out that asbestos fibers can cause asbestosis, lung cancer, and a host of other respiratory diseases when inhaled. As a result, the Australian government banned the material in 2003.

However, Australia is still dealing with a significant asbestos legacy. Recent estimates suggest that a third of Australian homes, especially those that were built before 1985, contain asbestos products.

While it’s important to rid our homes of asbestos, asbestos removal is a hazardous activity that requires professional attention. The Australian government strongly discourages DIY asbestos removal. In fact, in ACT and NSW, all work related to the removal of asbestos is limited by law to licenced asbestos removalists.

This being the case, becoming an asbestos removalist has become rather profitable. Per Talent.com, the median annual salary of a removalist stands at around $66,788. With the right training, you’d be well on your way to earning a salary that’s almost twice the minimum wage.

So, if you’re interested in getting a licence for asbestos removal, you’d have to complete certain training modules before getting certified. DLI Training is here to help you by offering courses in removing both friable and non-friable asbestos, as well as in supervising removal projects 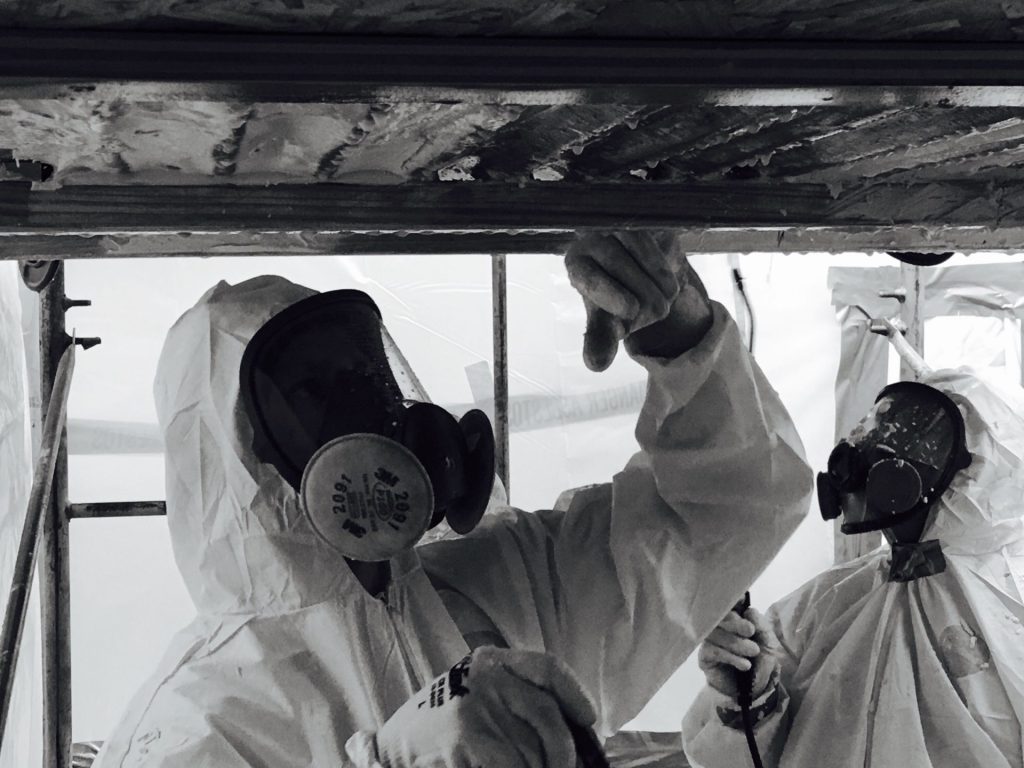 At least 15 years of age

To qualify for our asbestos removal training, you must be 15 years of age or above.

On the day of training, you must present the necessary identification cards totaling 100 points (or more). The easiest way to rack up points would be to bring a primary document (e.g., birth certificate or passport), which is equivalent to 70 points, and to complement it with a secondary document, such as your driver’s licence or a company ID, which represents 40 points.

Since asbestos removal implies certain risks, you would first need to secure a statement of attainment indicating your readiness to safely work in the construction industry. A SafeWork general construction induction training card may also be used in the place of this.

Lastly, you must present a valid Unique Student Identifier (USI). This is a number you can use for other types of training—and it’s valid for your lifetime. Getting one is easy, and you only need one identification card to get started.

Depending on your desired course, there may be other prerequisite units, as indicated in the following sections.

But before we dive deeper, a quick word on friable vs. non-friable asbestos. 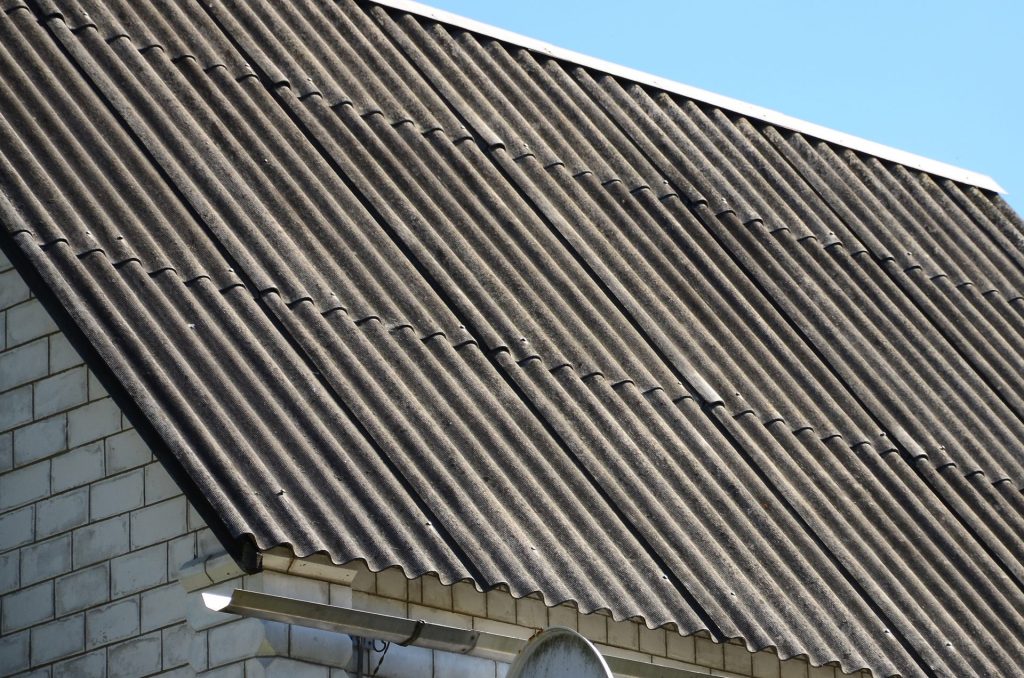 The vast majority of asbestos-containing products used in houses were bonded asbestos cement materials, including:

Some friable asbestos products may also be found in houses, including:

Asbestos is considered friable if it can be crumbled or pulverized when dry. Examples of friable asbestos-containing materials are pipe laggings and boiler insulation.

Interestingly, non-friable asbestos can become friable over time as a result of certain processes such as chemical deterioration and other unforeseen circumstances such as fire damage.

If you wish to be involved in the removal of friable ACM then completing this course is a must! It entails knowing and applying specific decontamination and disposal procedures, as well as preparing, confining, and removing friable ACM.

To demonstrate your competence, you will need to undertake two different friable asbestos removal and disposal tasks at the end of the course. These include erecting enclosures, installing negative air pressure units and decontamination units and integrity testing of enclosures.

This course is normally done either in a genuine workplace or a simulated setting, such as a home or business, a demolition site, or an existing facility that is being refurbished, extended, restored, or maintained.

However, we’d like to remind you that you have to complete Class B training first before enlisting herein.

If you want to be engaged in the removal of more than 10m² of non-friable asbestos, then you have to take this course as it is legally mandated for any worker who wishes to do just that. It covers the understanding of decontamination and disposal requirements, as well as preparing, confining, and removing non-friable ACM.

Like in Class A, the location for this training may be an actual workplace or a simulated environment.

If, on the other hand, you only wish to work on less than 10m² of space, you may simply opt for asbestos awareness training. You may also undertake this course if you are at risk of being exposed to asbestos while on the job, especially if you are an electrician, a plumber, or a bathroom or kitchen renovator.

The effective execution of the role of a supervisor hinges on ensuring that the asbestos removal control plan (ARCP) is followed. Thus, if you aspire to supervise asbestos removal activities, this course is for you!

This involves ensuring and recording that all mandatory air monitoring, testing, and certification processes are carried out by licenced asbestos assessors in accordance with the law.

It focuses on training you, as a potential supervisor, in the preparation of the work area and the workplace, the use of safe removal techniques, the observance of safety protocols, and the supervision of the removal operations, as well as in the planning of the removal process.

Depending on your preference, you must complete the relevant prerequisite (i.e., Class A for the removal of friable asbestos and Class B for non-friable) before pursuing this course. 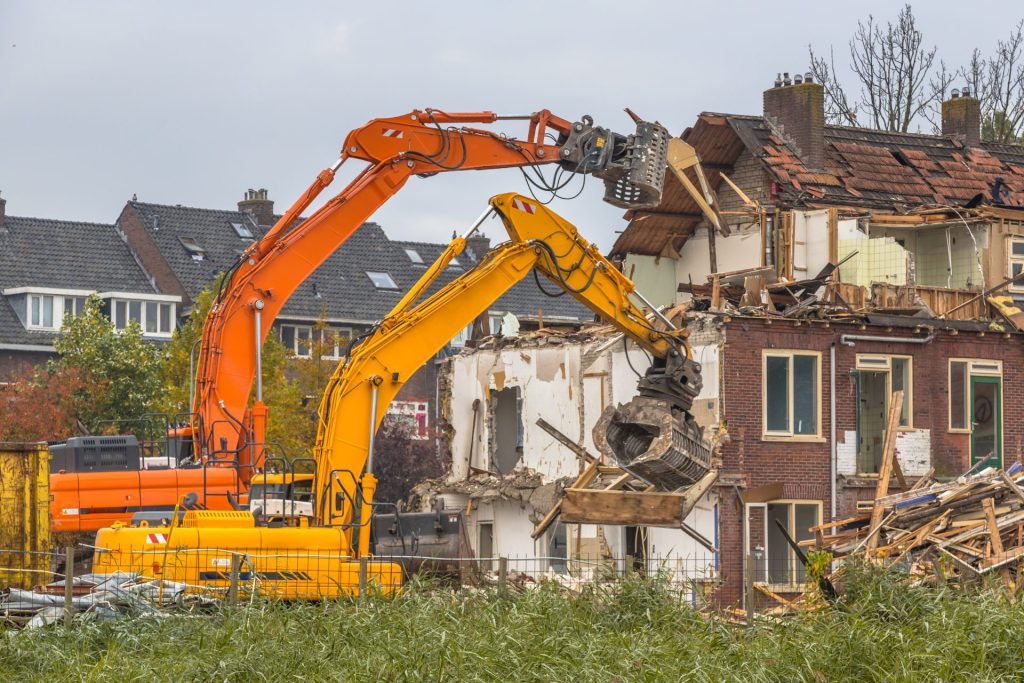 Once you complete a course, you are expected to demonstrate knowledge across the different asbestos removal, including the compliance requirements of the relevant Australian Standards, Building Code of Australia (BCA), model codes of practice, work health and safety (WHS) legislation, methods for assessing hazards, and techniques on removing asbestos.

Asbestos removal information, instruction, and training are all designed to provide you with the knowledge you will need to avoid endangering yourself and your environment in any job that requires the removal of asbestos. Hence, these sessions are invaluable in helping you avoid unnecessary risks that could result in long-term harm.

It is also important to note that completing either or both of Class A and B training sessions does not automatically guarantee a licence. You still need to meet Safework NSW requirements in applying for and getting the relevant asbestos licence. However, if you successfully complete the supervisory training, then you will be allowed to work as such with the right certification.